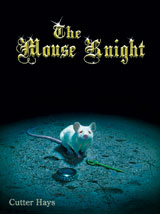 Book 1 in the Mouse Knight Series

A mouse born to be snake food, worth 99 cents and living in doomed poverty changes his fate when he discovers he can read. Over the pet store managers shoulder, the Arthurian Legends tell him of Knights and heroes and great deeds worthy of nobility and honor. When his turn comes to be food for the dragon, he decides to fight back - and changes the fate of all mousekind. This is the story of his holy quest - to find the one kind human that sees mice as people instead of vermin. He and his band of loyal companions set out from the city they have always known and into certain death - the Fields of Fate, where a tiny domestic mouse cannot survive a single hour, and monsters stand between him and his Holy Grail. 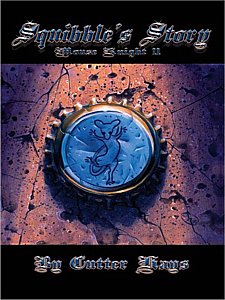 Book 2 in the Mouse Knight Series

The Sequel to The Mouse Knight. The Mouse Knight's faithful Squire writes this retelling of his life after choosing to become the Champion of all Mousekind, the Prophet and Hero he always wished to be, not realizing the terrible price that would be paid for the long road ahead. The book begins with Squibble as a child, dreaming and thinking like a child, wishing to be like his hero, the noble Mouse Knight. When offered the chance by the highest of powers, he leaps head first onto a path of fate that will test his resolve at every turn, cost him dearly, and temper him into something much more than just a mouse. His dreams become nightmares as he realizes what he agreed to, but by then it is far too late to turn back. The evolution of a hopeful, happy go-lucky youngster into what he must become is a story to make the legendary journey of his Master look easy by comparison. This story is second in the series of four books in the Mouse Knight series. Around 800 pages with over 200 illustrations.